For Kaylea’s 16th birthday she wanted to go on a hike across Haiti so we rounded up 9 other friends, one of which flew in from the states, and 1 coerced Matt. If any of you know Matt very well you know that all he wears is croc flip-flops and this hike was no different. We all thought he was crazy to hike that far in flip-flops but his motto was “if it can’t be done in crocs, it can’t be done”. That motto deserved to be on a shirt and so it was. 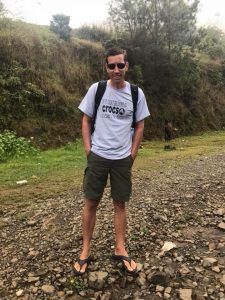 We decided to drive up the night before the hike began and stay at a rustic “hotel” so we could get an earlier start on our hike the next morning. Unfortunately the place we stayed was full that night with lots of loud guests so we did not sleep well at all and were tired before the hike began. 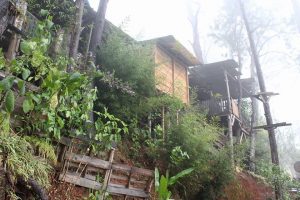 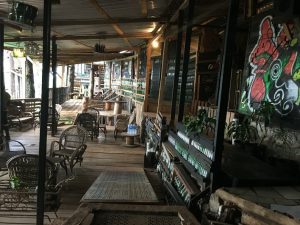 Saturday morning all 12 of us packed into the hotel owner’s truck and he drove us as far as he could get to the beginning of the trail. We were all excited and none of us knew what lay ahead. 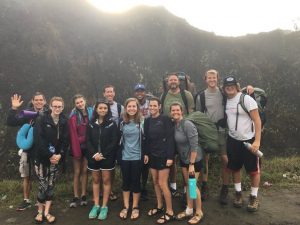 Many hikers would not actual consider this hiking but more of mountain climbing. It was by far the hardest thing I have ever done. Not only physically, but mentally. I found encouragement and awe in looking back to see how far we had gone and where we had come from. Then immediate discouragement as soon as I turned around to see what still lay ahead of us. 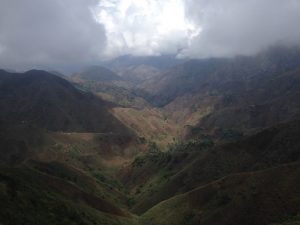 We quickly realized the concept of time is non-existent in the mountains. I mean, it is in our area too but not near as bad. We would ask how far to a certain town and would get answers varying from “30 minutes” to “an hour and a half” to “very very far”. We decided not to believe anyone and eventually stopped asking all together because it just seemed better not to know. We would hike up to the top of what we would think was the last mountain because we couldn’t see anything beyond it and then turn to the corner just to find out there were more. At one point you could turn in a complete circle and see nothing but mountains and more mountains all around us. It was gorgeous and daunting all at the same time. You would look over at a mountain so tall you couldn’t see the top because it was covered in the clouds and think, “at least we aren’t going up there”…but we were. 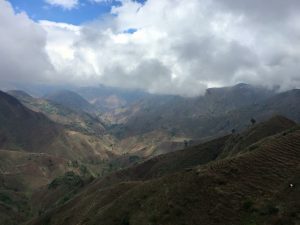 I knew from previous people that had gone on this hike that once we got to the forest we would be finished climbing mountains. I seriously never thought we would arrive at that forest and was doubting that it even existed but 3 hours after we were told we would be there in 30 minutes we arrived! It was beautiful and something I never thought I would see in Haiti. 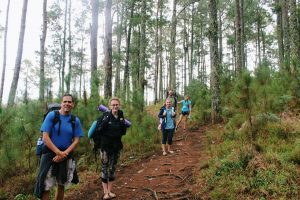 At 5pm, two hours later, we finally arrived to the house where we were staying that night; we started the hike at 8am and went 16.2 miles that first day. I’ll be honest, about half of the group was ready to call it quits and requested a tap tap come rescue us the next morning. Unfortunately for some, and fortunately for others, no vehicle was able to be located that could make the trip so hiking down the other side of the mountains 11 more miles was our only option. At least it was the only option for those of us who refuse to get on a Moto. Our night ended with hot tea, hot showers, spaghetti dinner, and sitting around the fire telling what all God had showed us that day. I was so blessed to have gone on this trip with such great people! 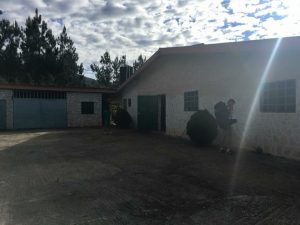 The next morning most of us were fairly rested and ready to take on another day. It didn’t take long for me to realize that going down mountains is much harder on me than climbing up mountains. The day before my biggest complaint was my sunburned shoulders but day two was a whole different story. I felt like I was so focused the second day on getting through that I missed so much. I would try to look at the beauty around me but had to keep moving to keep up with the group because I was definitely the grandma in the back that day. I felt like the 2nd day was just as pretty if not more than the 1st and I would have loved to just sit and soak more of it in. But at the rate we were going and with all our sore muscles if we took too long of a break we wouldn’t be able to get back up….no joke.

Many times, most of the time actually, during the hike I had wished I didn’t understand Creole. The things people and even children were saying to us were horrible. It gave me such mixed emotions ranging from anger to empathy. When we had arrived the night before the hike we all talked about how beautiful it was in the mountains and how amazing the cool temperatures were and how we all wished we could live in the mountains but not long into day 1 of the hike my mind changed. I realized how difficult life is for those in the mountains and how blessed everyone in our area really is. Being so far away from any kind of market and having to travel hours and hours each day up and down the mountains just trying to get your produce from the garden to sell somewhere. The majority traveling with heavy loads by foot or with the help of donkeys were kids and women. 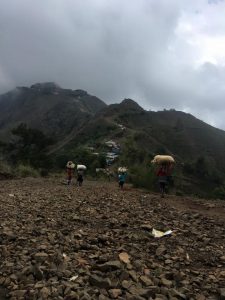 Even moto drivers could not make it in most places and no vehicles. I only noticed 2 churches during the 2-day trip and one of those days was on a Sunday. Very few people appeared to be going to or from church, which was surprising and sad. So empathy won out to anger because they might not know any different and I have no idea what they go through day in and day out. 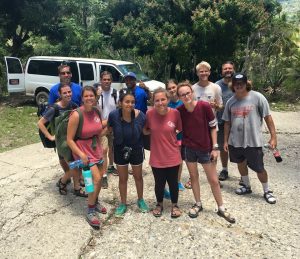 We all loaded in and collapsed. We were all pretty ready for a decent meal and stopped at a beautiful restaurant on the way home. It was a pretty comical sight though all of us getting out of the van and barley being able to walk into the restaurant. 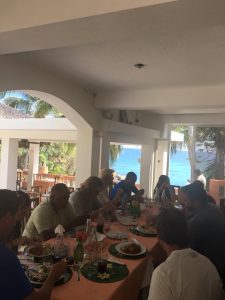 People were definitely staring and had to have wondered what was wrong with all of us. But we survived and after two days of taking Advil and limping around I am back to feeling normal.

So many thoughts came to mind throughout this hike but one word I feel like captures most of them is balance. Balance is defined as an even distribution of weight enabling someone or something to remain upright and steady; or a situation in which different elements are equal or in the correct proportions. We had to literally physically balance the whole trip so we would not fall. I had to balance my negative thoughts and feelings with positive ones or I would have quit. I had to balance looking back, looking ahead, and looking down at my next step. I had to balance distractions both good and bad. It’s just like our lives everyday really. Balancing family and ministry. Balancing your future vision while focusing on your next step but also not forgetting where you’ve come from. Realizing the importance of balancing distractions and knowing when to stop for one and when to keep moving. Balance is huge and something I know that most, if not all missionaries struggle with daily. The only answer really is to have your focus on the Lord and let Him be the one to keep us upright and steady. If we are focused on Him He will put all the different elements in our lives in their correct proportions.

“Seek first the kingdom of God and His righteousness and all these things shall be added to you.”