I remember when we first moved to Haiti going on a long road trip with more potholes than most could imagine. With me being prone to carsickness even on good roads I vowed to never make that trip again.

Marriages problems are like potholes and on the mission field the roads are filled with them. I looked on Wikipedia and read all about potholes and I think you would be surprised at how much like our problems they really are.

By definition, a pothole is

What this is basically saying is when there is a problem in your marriage a structural failure happens. That failure does not happen overnight but is slowly worsening over time underneath the surface of your marriage. Your marriage then gets hard and exhausting and eventually breaks because it’s been poorly supported. Then comes the hole. The hole of failure, loneliness, heartbreak, and hopelessness. The pothole that according to Wikipedia can only be semi-permanently fixed at best.

Luckily they give several ways to prevent potholes, which I think are very important to bring up.

*The first is to survey the pavement/marriage. Are you at-risk? Do you have more complicating factors like underground utilities? These would be underlying or secret problems. Maybe a past history of things that your spouse may not even know about that you are dealing with. Abuse, unforgiveness, pornography, etc.

* The second is creating drainage structures to get the water out from underneath. So it is necessary to find a way to release these underlying problems. Possibly through counseling. Maybe just through making the decision to be open and honest with your spouse and start communicating.

* The third is maintenance. Adding structural integrity with thickness and continuity. So once we survey the marriage and figure out the underlying problem areas and we figure out what outlet works best to release those areas we must both be consistent in maintaining and strengthening the marriage.

But let’s really be honest. It’s not as easy as 1,2,3 and there will still be massive potholes. Here is what Wikipedia doesn’t know though. It doesn’t know that we have God that can make our road surface/marriage better than new!

I remember when Matt and I got married and we were on an amazing road trip with smooth roads. Then 10 years later God put us on a different road in Haiti full of potholes I never saw coming. I’d be lying if I said I don’t dream about those smooth roads but I wouldn’t change where we are for the world. My confession is we are tired and weakening and if we are not supported there will be a structural failure. I am not only speaking this for us but for many missionary marriages here in Haiti. It’s a struggle and we need prayers and support. Great friends of ours are having a marriage retreat in Haiti October 6th-8th for couples on the field just like us who need a break to do some structural maintenance on our marriages.

Would you support us? We are asking for those of you who are able to sponsor a couple for $125. You can give online at www.hrch.org or mail to HRCH PO Box 200 Lavaca, AR 72941 and designate donation to “marriage retreat”. 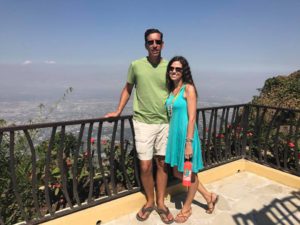