It’s hard to believe we have already had 8 teams this year and preparing for a busy summer as well. As special as each team was I want to focus for a minute on these last two teams. During those weeks God refreshed my eyes to His vision for Hope Rising. It’s almost been a year since Hope Rising Fellowship had its first service.  We are running pretty regularly between 80-110 people each Sunday. There are some very faithful church members that have started becoming more active in the duties of the church, which is exciting. Our teams are slowly going from doing things for the church and the people to doing thing WITH the church and the people.  Coming along side supporting them and encouraging them.
The first team was a medical team who decided to provide a hot Haitian meal to everyone that came to church that Sunday.  The team financially provided the food, but several ladies in the church started the day before and worked late into the night to cook the food.  It was amazing to see the team and the church working together and serving each other in different ways.
Our next team actually only worked with us two out of their four ministry days but what they did was great. In those two days they paid for, bagged up, and helped deliver beans and rice for 80 families! What was so great about this was we did not just go door to door passing out food to just anybody but Pastor Ben led us very intentionally to those specific houses of families that he was already sharing the gospel with and trying to minister to. The team in most cases did not even talk to the receivers of the food and sometimes did not even see the receivers.  They were all serving as pack mules to carry the food in their backpacks and watch God using Pastor Ben.
I feel so blessed to have been chosen to be here.  In all honesty I have worried about the effects of us being here on our children, especially on our daughter Kaylea but on the teams last night here they shared with me a conversation one of them had with her. I can’t even remember now the question they said that prompted the conversation probably something like, “What do you think of being here?” But her response was along the lines of “I sometimes think what if we hadn’t come. That would mean another family would have come and we would still be in the states just sending money and missing out on all this!” Wow, mom needed to hear that. If your teetering on going on mission even if it is for just a short trip, remember you can continue sending money but there is so much you will be missing out on.  We still have plenty of open weeks available for you to come work alongside the Haitians here and would love to have you. Please email allison.davis@hrch.org to schedule a trip. You won’t regret it! 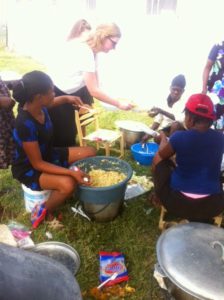 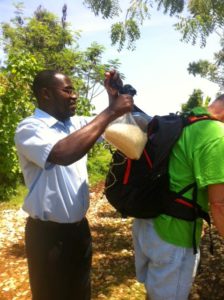