I have wanted to write a blog for a while now and praying that God would give me something He wanted me to say.  Finally after praying last night He showed this to me today.

Two recent events happened in Haiti and at first they will not seem related in anyway, but just stick with me.

Story one (see picture):
This boy showed up the last day of our kids camp on the property with his cousin.  One of our team members immediately noticed something in the back of his shirt. She began talking with his cousin through a translator about it.  His cousin told her it was his “magic pin”.  In reality is was a large, extremely rusted safety pin that wouldn’t even close.  She said that his mother died so the “magic pin” is suppose to protect him from the evil spirits that took his mother.  Not sure where the “magic pin” came from or what makes it “magic” but this three-year-old boy did not even mess with it, which told me he must have believed it too.  I mean, how many of your three year olds would keep a large, rusted, open, safety pin on the back of their clothes at all times unless they believed it was “magic”?  Superstition is very common in Voodoo and Haiti in general even with “Christians”.  Voodoo (satan worship) is also very real and so are the spirits the girl was talking about!
Story two:
In Haiti you see many unpleasant things. It grieves me to speak of it, but I feel God wants to use this to make a point so I will share.  Since we have been here we have driven past eight dead bodies on the road.  One happened today just in front of our house.  Some are accidental and some intentional. If you have seen how people drive in Haiti and pile on top of cars you can understand how many of these are accidents but you are probably wondering how it could be intentional. Haiti, in my opinion, is barely under control and the police are not much help so people take things into their own hands.  For example, if someone is stealing from everyone in a certain neighborhood and because of it these families may not be able to feed themselves or their children. So they decide to make an example of that person killing them and putting them on display (sometimes bound up, sometimes decapitated, and usually in the road) for everyone to see.  But oddly enough in those eight times not once did I see.

So…what could God possibly have said to me in all this?  We are all guilty of putting on blinders. Sometimes we don’t realize we put them on and sometimes we put them on intentionally.  I did not see any of those bodies because I was so focused on what I was doing to look out.   We are so focused on self, kids, marriage, school, activities, hobbies, and church that we don’t see anything or anyone else around us?  Not that any of those things are bad, but God might be trying to show us something and we put blinders on unintentionally.
On the reverse side, many of us are guilty of putting blinders on intentionally. Yes, me too. I convinced myself like many of you still do that all this voodoo; magic, spirits, etc were make-believe. Just like movies, books, magazines, internet, and even some churches portray it. One good example I can think of would be “The Princess and the Frog” movie since it deals directly with voodoo and black magic.   I never saw the movie nor did my children because by the time it came out I had personally seen how very real it was. And it is not just real in Haiti.  Satan reigns on the entire earth with his demons working 24/7 to devour you. (Be sober, be vigilant; because your adversary the devil walks about like a roaring lion, seeking whom he may devour. Resist him, steadfast in the faith. 1 Peter 5:8-9) Many believe it to be true because it is in God’s word, but they put those blinders on intentionally because they don’t want to believe it.  Not only that, admitting you believe something would require you to do something about it. God holds us responsible for the things He shows us.  What is God showing you? What are you so busy with that you don’t see? What are you intentionally refusing to see? What is He asking you to do about it? If you are a Christian you have the power of the Holy Spirit to conquer and overcome anything He shows you.

(Finally, my brethren, be strong in the Lord and in the power of His might.  Put on the whole armor of God, that you may be able to stand against the wiles of the devil.  For we do not wrestle against flesh and blood, but against principalities, against powers, against the rulers of the darkness of this age, against spiritual hosts of wickedness in the heavenly places. Therefore take up the whole armor of God, that you may be able to withstand in the evil day, and having done all, to stand. Stand therefore, having girded your waist with truth, having put on the breastplate of righteousness, and having shod your feet with the preparation of the gospel of peace; above all, taking the shield of faith with which you will be able to quench all the fiery darts of the wicked one.  And take the helmet of salvation, and the sword of the Spirit, which is the word of God; praying always with all prayer and supplication in the Spirit, being watchful to this end with all perseverance and supplication for all the saints— Ephesians 6:10-18) 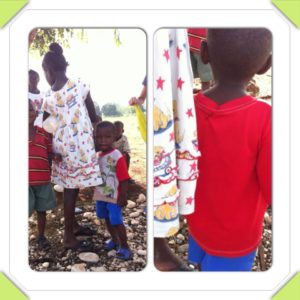